How to Survive (And Stay Sane) While Chasing Your Dreams

One of the perks of running a creative business for more than a decade includes spending countless hours at trade shows, attending conferences, engaging via telephone and on social media, and connecting with other creative people (authors, artists, designers, animators, filmmakers, musicians, photographers, and others) about their businesses, goals, hopes, and dreams.

One of the insights I’ve gained from these amazing experiences is that there’s one specific thing we creators all seem to have in common: The desire to, well, create—the unquenchable thirst to produce something magnificent, unique, beautiful, and meaningful, and to share it with the world.

There is another common thread I’ve noticed over the years while engaging with fellow creatives, especially aspiring ones: an acute fear of failure—or, more accurately, the fear of not being able to turn their passion(s) into a full-fledged business.

The brutal truth is that a good number of creative people never take the leap of faith required to put themselves out there. So we end up taking tons of amazing ideas to our graves with us. It’s no wonder Les Brown once said:

Does any of this sound familiar? If so, trust me, you’re not alone. In the past decade, I’ve launched three creative businesses, one of which failed miserably. But for years before I ever started, I was terrified to even begin, and I gave myself every excuse in the book not to do so.

As a matter of fact, 10 years later, after finding the courage to start, I still feel a lot of fear while running my two surviving (but thriving) businesses. This feeling is one that people who are already running their creative businesses can identify with as well.

If you’re still with me, then I’m going to guess that at some point in your creative journey, you’ve experienced one, if not all, of these feelings…

The thing is, running a successful business, creative or not, requires heavy use of the left side of the brain. Here’s a quick science lesson: our brains are divided into two halves, or hemispheres. Each half has more substantial control over certain functions. 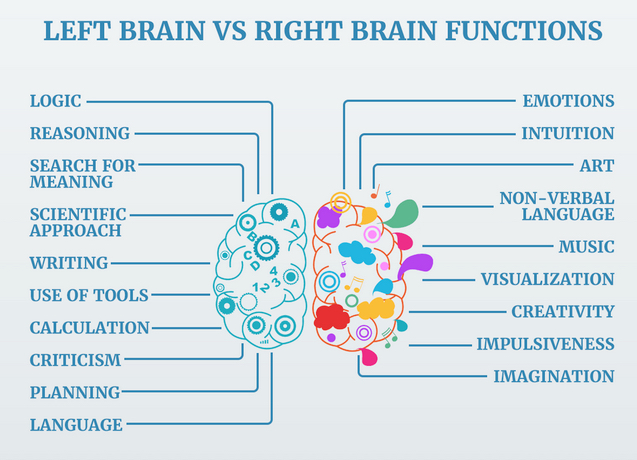 The majority of us creatives spend most of our time engaging in activities that exercise the right side of the brain. Hence, we struggle with the business side of our art (a left-brain activity).

But like every other successful group of entrepreneurs, we each have full access to not only the right, but also the left side of our brain.

I strongly feel that this left vs. right struggle has led to some major myths about starting a successful creative business.

My goal with this blog post is to debunk those myths for you, and to show you how to replace them with truly effective practices that will not only set you further on your path to starting your own successful creative business, but also get you one step closer to doing what you love for a living!

Disclaimer: I was guilty of all these when I first started out.

If you’ve ever had the slightest thought about starting a creative business and making money from your craft, you’ve undoubtedly heard (and possibly, sadly accepted) the concept of the “starving artist.”

Basically, a starving artist is an artist or creative who sacrifices material well-being in order to focus on their artwork or craft.

In my personal opinion, a starving artist is someone who doesn’t plan appropriately before taking the plunge to launch and build his or her creative business. Jeff Goins said it best in his book: Real Artists Don’t Starve:

“…the idea of the Starving Artist is a useless myth that holds you back more than it helps you produce your best work.”

The best way to debunk this myth is to use myself as an example. In 2012, I started an entertainment company with a group of close friends. Our content was excellent, perhaps even years ahead of anything anyone else was thinking about at the time.

However, the business failed. Why? Two major reasons:

Fast-forward to 2015: I quit my full-time job (more on this later) and started my third business, YouNeek Studios. But I didn’t make that move until after a full, committed year of researching, planning, saving, and building a loyal fanbase.

To date, YouNeek Studios has been featured on CNN, as well as in The Washington Post, The New York Times, Forbes, and other publications. We’ve sold thousands of products to a loyal and growing fan base. I’m not sharing these facts to brag—my motive is simply to highlight the huge importance of planning and not ignoring the business side of art.

Hint: The business side of art is hard and sometimes even confusing. But it doesn’t have to be. Click here to download my freebie so you can avoid the many costly mistakes we creative entrepreneurs make when we first launch our businesses.

Myth #2: I have to quit my full-time job to be successful

Success is subjective and relative. My definition of success probably isn’t the same as yours. And even if it is, we don’t have to take the same paths to achieve that success.

I feel like this myth is a major thing that holds people back from going after their dreams and making the choice to start a creative business. I know it’s hard, but nothing is stopping you from working on your creative business part-time while you focus on spending your peak hours (9 to 5) at work. I acknowledge that it gets even harder if you have children, along with other responsibilities.

Yes, it’s easier said than done. But guess what? If you want success in your creative business, it has to be done.

Success demands sacrifice. Even if you commit to spending just two hours a day on your creative business, that’s 14 hours a week, 56 hours a month, and 672 hours a year. Trust me, if effectively applied, that’s more than enough time to achieve success. Don’t believe me?

John Grisham is one of the most successful and best-known authors of all time. His books have sold more than 275 million copies worldwide. However, what most people don’t know is the reality of how he went about writing his first best-selling book, A Time To Kill, in 1984.

At the time, Grisham had a full-time job as a lawyer. But that didn’t stop him from pursuing a writing career.

Through dogged determination, he would wake up at 5 a.m. every day so he could get to work at 5:30 a.m. and spend about three hours writing before court/client meetings kicked off at 9 a.m.

He did this daily for about three years before completing A Time To Kill. The day after that, he started the same process for his next book “The Firm.” That book would go on to be the best-selling book of 1991, and would allow Grisham to transition into writing full time.

There’s something he said that I believe applies to all creative people:

Even if you have a full-time job, commit to doing something every day that pushes your creative business forward, and you’ll be surprised at the results.

Thinking of starting a creative business? Want to improve a current one?

FREE DOWNLOAD
Get the Cheat Sheet: “5 Rookie (And Costly) Mistakes Creative Entrepreneurs Make” (And How To Avoid Them)

As much as this myth applies to creators who think they’re “too old” to start, it also applies to people of all ages who feel like:

The best way I can debunk this myth is by quoting on of my favorite Chinese proverbs. It goes like this: “The best time to plant a tree was 20 years ago. The next best time is today.”

Fine, you’ve procrastinated on starting your creative business for years. Who cares?! Start today. Otherwise, tomorrow (and, eventually, next year) you’ll be in the same exact spot. Heck, Stan Lee wrote Fantastic Four at 39, Samuel L. Jackson’s career didn’t kick off till he was 43, and the list goes on.

Feel like you’re too far behind others? So what if you are?! Run your own race and stop worrying about another person’s journey.

Think your market is too crowded? Carve your own niche and create a tribe of loyal fans. The comic book market is one of the most brutal when it comes to crowded industries. But I was able to find success with YouNeek Studios by finding my own niche: superhero and fantasy stories inspired by African history, culture, and mythology!

The truth is, you’ll never truly know if your creative business will be successful until you try. But most people conclude their own stories because of the fear of failure.

However, if you’ve adequately mapped out a plan, done your research, and truly spent time building the business side of your art, then you owe it to yourself to at least give it a try.

Do your homework, then put yourself out there (fear and all) and see what happens. And if you fail, you fail. Learn from it, iterate, adjust where needed, and come back stronger.

Failing is temporary while being a failure is permanent. I once heard a wise person say, “There will never be a perfect time to do a great thing.”

In conclusion, I want to share a story that motivates me as a creator every time I feel like I want to quit or I can’t do it.

You don’t have to be a creative person to know who Walt Disney is—he’s arguably the biggest name in animation, and The Walt Disney Company is one of the biggest media/entertainment conglomerates in the world.

What you may not know is that Walt Disney himself once worked for a newspaper company. Oddly enough, in 1919, Walt Disney was fired. Why? His newspaper editor said he “lacked imagination and had no good ideas.”

The irony oozing from that statement is amazing. Now picture this: what if Walt Disney had taken that criticism to heart? What if he had allowed it break him? What if he had decided, “you know what, he’s right. I’m not good enough, so maybe I shouldn’t chase my dreams?”

The world as we know it won’t have some of the most amazing cartoons ever created. The Walt Disney Company certainly wouldn’t exist.

That means no Disney World, Lion King, or Toy Story. And let’s not get into the Disney acquisitions that positioned already great companies like Marvel, ESPN, and ABC for much more success—all built upon the foundation of Walt Disney’s courage.

Imagine the massive ripple effect on the entire world if Disney had decided not to pursue his dreams to start his own creative business.

Now take a minute to also imagine what you are robbing the world of by not following your passions. Don’t you think that should be enough for you to take that leap of faith and take steps—starting today—towards starting (or strengthening) your creative business? I sure do!

Thinking of starting a creative business? Want to improve a current one?

FREE DOWNLOAD
Get the Cheat Sheet: “5 Rookie (And Costly) Mistakes Creative Entrepreneurs Make” (And How To Avoid Them)

Born in Lagos, Nigeria, Roye Okupe is an author, speaker and entrepreneur whose passion for animation led him to found YouNeek Studios in 2012, an avenue that would allow him to pursue his dream of creating a diverse library of superheroes. Under that umbrella, Roye wrote, produced and directed several animated productions including, but not limited to, 2D/3D animated short films, TV commercials, show openers, music videos and much more. These productions have allowed Roye to attain many prestigious recognitions such as being #5 on Ventures Africa’s list of 40 African innovators to watch (2016) as well as being part of NewAfrican Magazines’ 100 most influential Africans two years in a row (2016 & 2017). 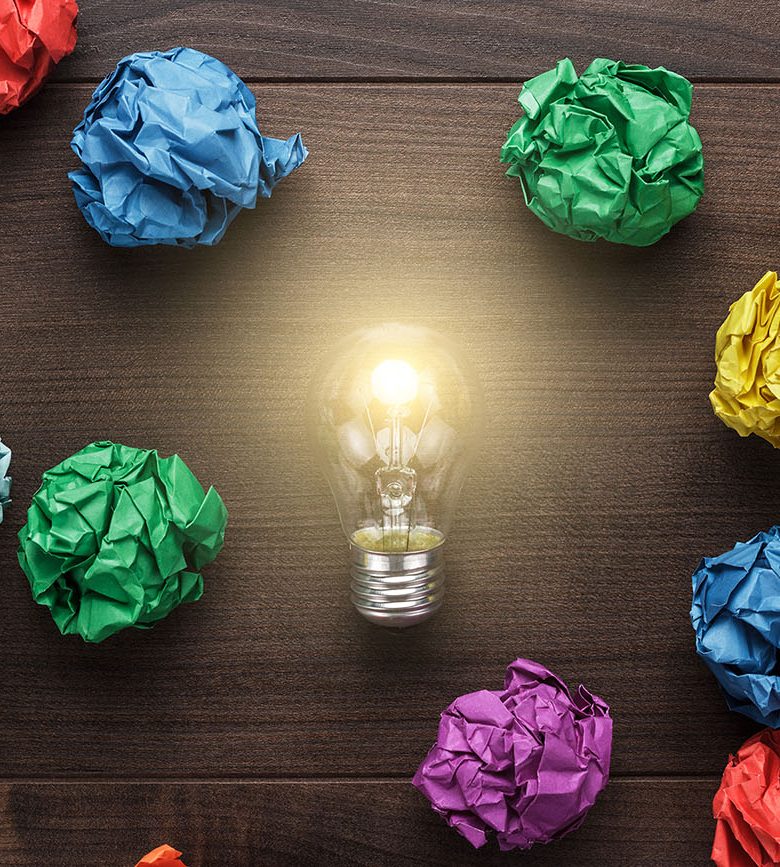 How to Survive (And Stay Sane) While Chasing Your Dreams 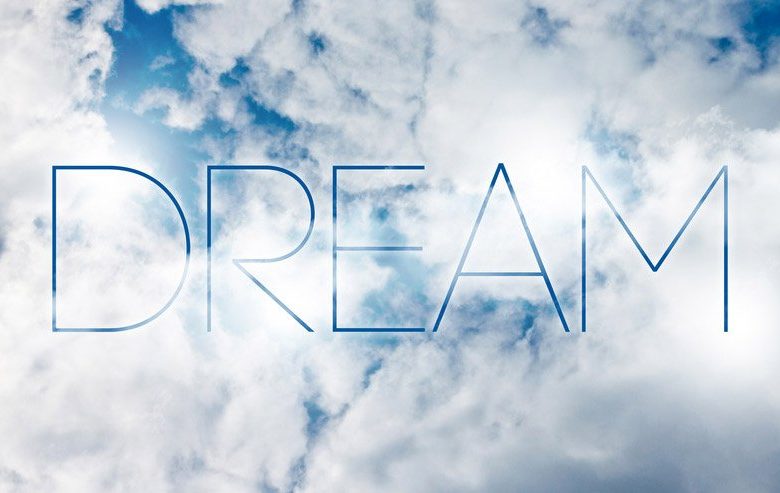